The New Geopolitical and Economic Journey 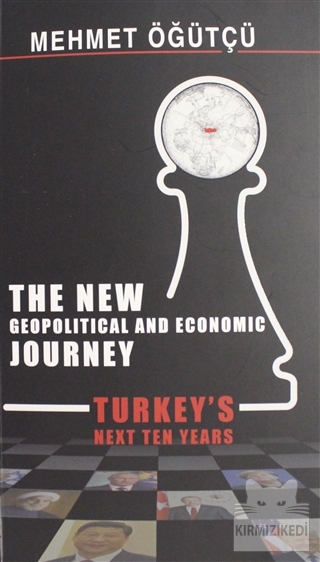 Mehmet Öğütçü, a former diplomat, OECD, business executive and prominent authority on the geopolitical-energy-investment nexus, has deciphered for his readers the secrets of the new "Great Game", now in progress at full speed.

This timely book is a must reading for those, who have a genuine interest in the way the global roadmap is being shaped, and where the new geopolitical journey could possibly take Turkey to over the next decade or so.

"Turkey could well sit on the management board of the new world order by the first half of the 21st century only if..."

"Turkey is undoubtedly a major geopolitical power in the global system. Mehmet whom I have known for long performs like a Foreign Minister of his country wherever he goes around the world I appreciate this down-to-earth and balanced perspective of Turkey's new role in world affairs, so eloquently sketched out in his book"

"I welcome this book, filling an important gap on new global and Turkish dynamics in geopolitics, from a well-known and respected international authority. Of particular interest to me are the chapters on how Sino-Russian 'marriage of convenience' will function in the new Great Game vis-a-vis the United States and the game-changers in world energy "

The world has moved into a new and unsettling geopolitical phase Mehmet. with his proven masterly analyses, brings into light new risks and uncertainties that will likely affect all of us. This book is reflective of his first-class authority on international energy and geopolitical matters and will be a key reference in the literature "

As a good friend of China and frequent visitor to the Middle Kingdom, Mehmet is one of the very few in the world, who has grasped China's superpower status and proposed how nations, companies and militaries should now engage with Beijing. This is definitely a must reading to understand the quickening pace of new dynamics to 2028 "